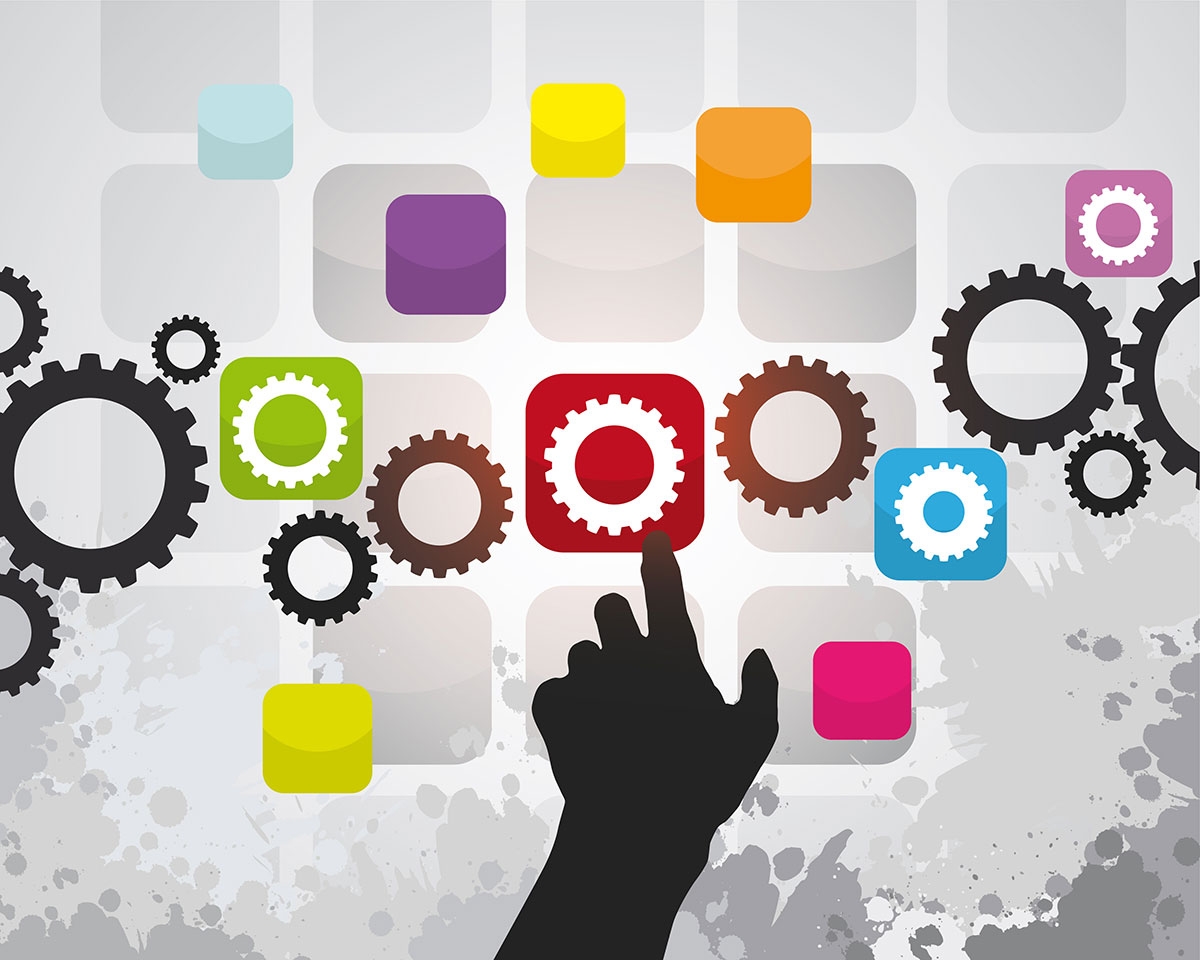 Increasing labor productivity is one of the most pressing problems in business today. According to various studies, enterprises are catastrophically lagging behind European, Japanese and American companies in this indicator. What tools and technologies are there to increase productivity?

Ways to increase labor productivity can be roughly divided into economic and managerial. Economic tools are aimed at modernizing production, optimizing production processes, reducing labor costs (working time) for the manufacture of a unit of production and (or) the release of an additional amount of manufactured products per unit of time, etc.

This is what will be discussed.

Consider a motivation model, which consists of two main groups of factors – those working to retain employees and affecting their involvement in the work process.

The first include comfortable working conditions (light, water, clean room, etc.), workplace safety (this is especially important at the production site), the amount of wages, etc. These factors provide employees with a sense of stability and security.

Such factors as the possibility of professional and career growth, acquisition of new knowledge and skills, gaining recognition, etc., work for involvement. They create drive, striving for a better result and increase efficiency.

These groups of factors affect employees of all levels to varying degrees. As a rule, we first of all expect motivation from specialists and managers to achieve. In rank-and-file positions, staff tend to be more stable, which is, in fact, the key to their comfortable existence at work.

The emphasis on the factors that create stability increases employee confidence in the future and reduces staff turnover. In a company with such working conditions, people stay to work for many years, in such organizations there are no problems with the transfer of knowledge from experienced specialists. In principle, workers are not characterized by an orientation towards frequent changes; they are ready to work at the enterprise for many years if they are confident in the employer and feel secure.

… ordinary staff gravitate towards stability, which is the key to their comfort at work. The emphasis on stability increases employee confidence in the future and reduces turnover …

Let’s look at an example from practice. The management of the manufacturing company decided to introduce a new system of employee motivation. The new model involved establishing a link between remuneration and employee performance, resulting in increased workload. As a result, workers gave up the opportunity to influence the size of their wages and left for obviously less money in other companies.

This organization was faced with the fact that, having tried to solve the problem of increasing efficiency, it did not approach this issue well thought out enough and failed. The management of this enterprise, by its actions, jeopardized the feeling of stability among employees, increased staff turnover, which put the company in a situation of personnel shortage.

Thus, the following question arises: how, in a situation of general orientation towards increasing labor productivity, influence the motivation of working personnel, increase the efficiency of the organization and at the same time retain employees?

The solution may be to build an effective employee attendance software that preserves a sense of stability for employees, on the one hand, and encourages them to work more intensively, on the other.

Let’s look at an example from practice. The client turned to us to find the most effective and fastest solutions in the field of increasing labor productivity. The company is part of a global structure that is represented in various countries of the world from America to Asia.

Workers in the division of this organization make up almost 90% of the total number. The motivation system for the production personnel of the company was as follows: employees received a fixed part of the payment (salary) and a variable part (bonus). The bonus was paid if the change reached a record, that is, the maximum labor productivity based on the results of the shift.

After entering the market, the company faced the following problems: the lowest labor productivity in comparison with other countries of Eastern Europe, high staff turnover and high absenteeism. Absenteeism in this case is any absence of an employee from the workplace, except for annual leave.

The company has conducted a thorough analysis of the performance of workers in different countries. The study showed that labor productivity is 30% lower compared to similar industries in the EU. At the same time, the enterprises were identical in their structure, and the equipment was absolutely identical. In other words, the working conditions were the same, but production has never been able to reach the level of labor productivity of European companies.

In addition, employees often simply did not go to work if they had the opportunity to receive additional earnings “on the side” (especially in the spring and summer period). In order to prevent the risks associated with high absenteeism, the company had to keep a certain amount of reserve in the shift, which could cover the lack of personnel.

The management of the company faced the following questions. How can you explain the current situation and how can it be changed? How to increase the interest of employees in the work performed, to create their intention to do more in the same time? How to reduce staff turnover and absenteeism at the same time?

We were invited to implement a project to identify ways to improve efficiency.

We relied on the fact that the organization of production in the company was effective, as it demonstrated its success in other countries. Therefore, when formulating hypotheses about the causes of low labor productivity, we focused on the activities of personnel.

It was suggested that increasing employee motivation, their greater involvement in work and a focus on results will increase labor productivity and achieve European indicators.

To maintain the stability of the staff, it is necessary that the salary is in line with the market, the accrual system is fair, and the payments are regular.

Comparison of workers’ remuneration (constant and variable parts) with the market showed that, in general, the level of remuneration is at an average level, that is, it is adequate for such positions. Payments were made regularly, there were no delays in payments in the company. When we interviewed employees, we received data that they consider the amount of remuneration to be fair.

Next, we evaluated the motivating function of the remuneration system. It was important for us to understand how it encourages people to work better. The following problem areas were identified:

At the stage of modeling the solution, it became clear that the transformation of the existing remuneration system would create a stable motivational model in the company and help improve the efficiency of employees.

For an incentive scheme to be effective, it needs to be improved on the following criteria:

If the payment system in the company is built transparently for employees and is aimed at work results, it will serve as a powerful motivational driver.

From this example, it is clear that with the existing problem in the company with low efficiency of personnel and high stability provided by working conditions, the introduced remuneration system should:

This will allow, on the one hand, to avoid a surge in turnover and dissatisfaction with changes on the part of workers, on the other hand, to achieve the set goal: to increase labor productivity.

Our proposed solution looked like this. The new system of monetary incentives was supposed to consist of a fixed and a variable part. The company decided to make a salary increase in January of each year.

Based on the data of salary surveys, we proposed not to change the fixed parts of the salary and to put the remaining sums into the bonus fund. The latter was proposed to be formed on the basis of the parameters presented in the table.

At the same time, it was proposed to calculate the size of the bonus based on the assessment of the immediate supervisor. A scale was developed on the basis of which the manager could assign a certain point to a subordinate. To ensure the effectiveness of the system at the initial stage of implementation, the assessments were given to employees by a group of managers, which included the shift supervisor (foreman) and the head of the shop.

The main advantages of this system:

In addition, we did not tie the remuneration system to the results of individual workshops, thereby preserving the principle of shared responsibility for the result.

As a result, following the introduction of a new system of motivation, labor productivity of workers increased, which brought production closer to European indicators. In addition, overall satisfaction with the company’s working conditions increased.

Any significant change in the company carries risks. The introduction of a new reward system is one of the most painful and risky changes.

Management needs to pay increased attention to the implementation process, constantly monitor the stages of the project, monitor the situation in the team. In addition, you need to track the feedback and make timely adjustments if necessary.

When implementing, it is necessary to provide for the following main risks.

Low involvement of managers, lack of support for changes on their part. Since top managers are the “agents of change” within the company, their support is extremely important for any innovations. The involvement and support of leaders will help to ensure that they are included in the project at the stage of developing a new system. This will create a sense of ownership of the final product among managers and ensure their loyalty during implementation.

Lack of internal communication. In order for the remuneration system to start working effectively, it is necessary to convey the new “rules of the game” to the entire team in as much detail as possible. It is important to remember that in the process of communication, any information changes its appearance and is distorted. Therefore, it is very important not only to inform employees, but also to take time to work with their fears, objections, and resistance to new things.

To achieve the desired result, it is necessary to use formal and informal communication channels. The first are team meetings, mailing lists, information boards, and an internal website. The second – corporate events, competitions, joint recreation, etc.

Increasing labor productivity is not an easy task. Domestic companies have a long way to go from modernizing production and introducing effective corporate governance systems to changing the mentality of the workers themselves.

Tips That Can Help You In Digital Marketing

How To Best Support Your Employees’ Mental Health

Caringly Yours’ Pro-Fit Platform: One Stop Solution for All Your Health and Wellness Needs 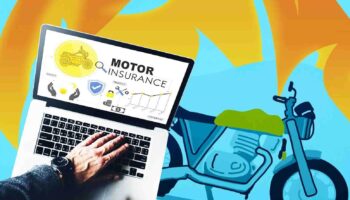 How Do You Do Online Insurance For Your Bike?

A Guide to Hiring and Retaining Veterans 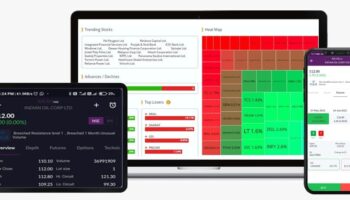